Those magnificent (wo)men and their flying machines

Many years ago the Central Flying School of the South African Air Force (SAAF) was based in Dunnottar - a town not far from the town in which I grew up.  The SAAF used Harvards to train its new pilots.  On most days one would see (and hear) them flying from early till late.  Closer to the base one could see them flying in circles - landing and immediately taking off for another cycle.  For some reason they were locally referred to as coffins with wings, but I do not recall any incident from my childhood in which a Harvard was involved. 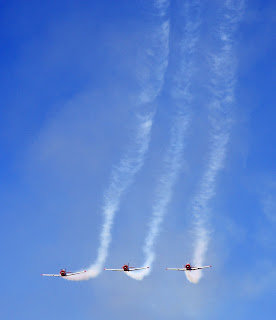 Above are three Harvards flying in formation at the recent air show at Swartkops Air Force Base in Pretoria - incidentally the oldest aerodrome in the world in current use.

Another childhood memory from the sky was the Silver Falcons - the SAAF's air acrobatic team.  Back in the day they were flying Impala fighter jets.  It therefore came as a bit of sad news when I heard that they were going to henceforth use turboprops.  Not having seen them for many years, I was pleasantly surprised to recently see exactly how they play with their new Pilatus planes.  Their arrival in formation with an SAA 737-400 was a great start, but insignificant to their display that would follow later.

The Boeing on its own was also a magnificent sight.  I did not know a big plane could bank that much - during some flypasts one got the rare chance of seeing it "from the top" 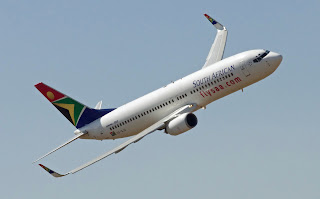 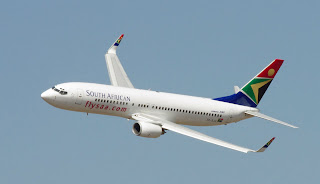 As part of the show the Boeing performed a touchdown and gave spectators a sight that one would hopefully only see at an airshow: A 373 taking off with a Russian T1 tank apparently aiming at it.  The tank was parked next to the runway for a combat display that was to follow later that day.

The combat display involved armoured vehicles, ground troops and, of course, planes and choppers.  One of the memorable sights was a Hercules dropping supplies. 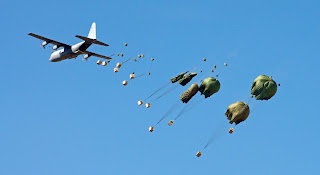 Here are two additional pictures that show the Silver Falcons in action. 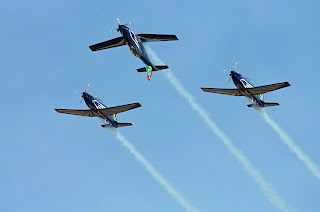 (or solarised, to be more dramatic...) 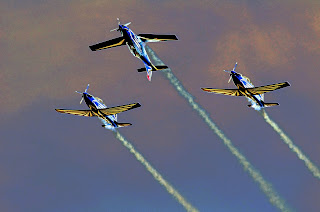 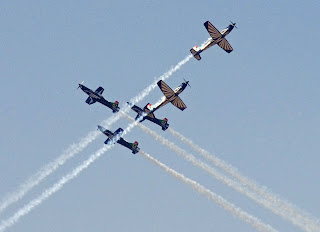 One of the interesting facets of this airshow was the fact that the announces was in direct radio contact with the pilots and talked to them - typically during the final fly-past of each.  In the case of the Silver Falcons it was nice to hear the voice of the first female Silver Falcon from one of the Pilatus's cocpits.

Here is a Pilatus used the the Silver Falcons from a little closer. 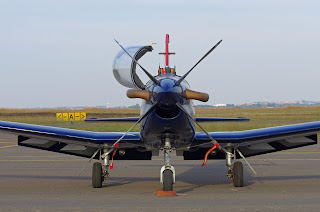 As the point I left the Vampire was in the air.  I do not recall seeing them fly as a child, put some of them might have passed overhead.  The were introduced shortly after World War II and still used operationally when I was young.  For some reason the word zippy comes to mind seeing one of them fly for the first time.